Matt has always worked hard in school and in his career field.  He has spent most of his time working and raising a family and now that his kids are in high school he said it's time for him to have a little fun.  He rode on the boat just soaking in all the beauty of the St. Johns River and the wildlife in it.  Is not that view just breathtaking? 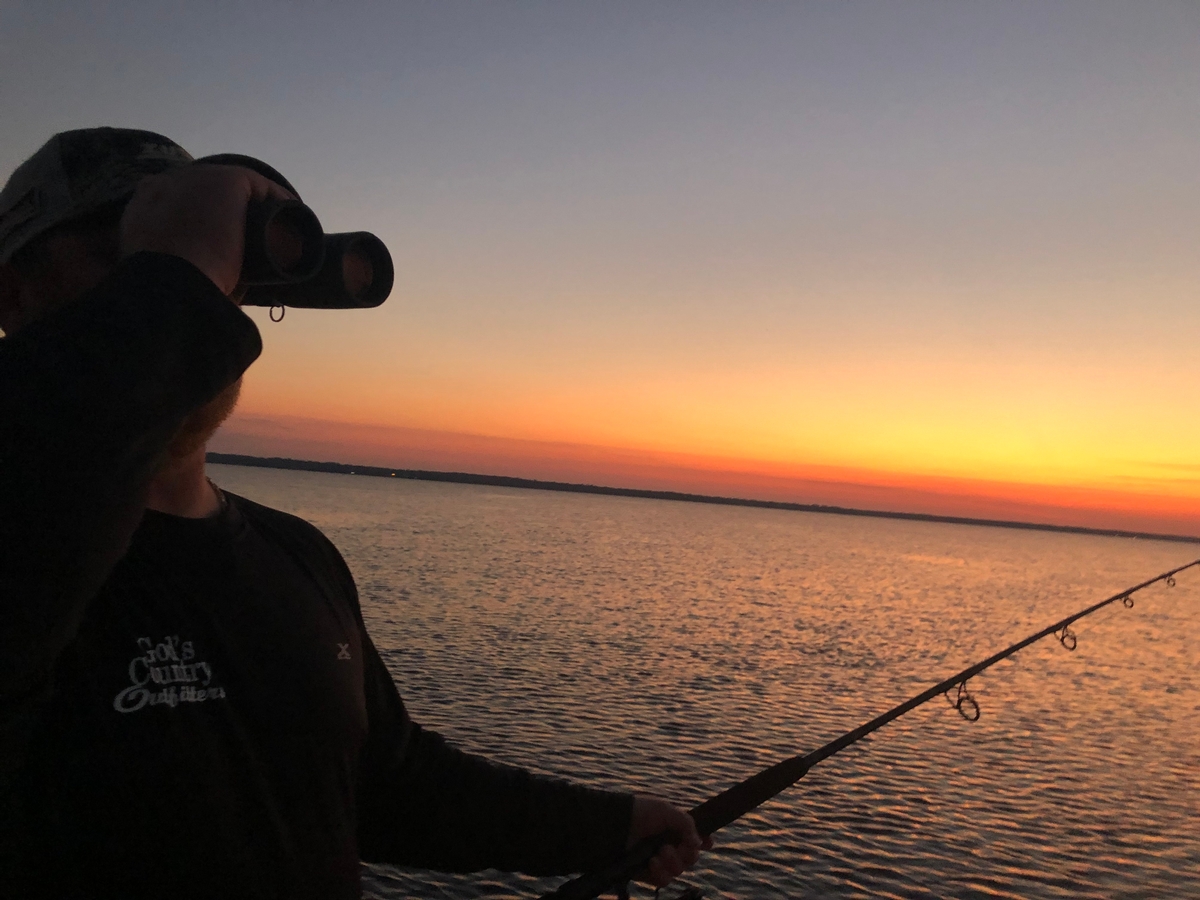 He was able to top the night off with an amazing 11 foot alligator.  He described his experience as the "time of his life."  With RT as the boat captain and Austin and Joe as the go to guys when it comes to harpooning an alligator; Matt was destined to come off the water with a giant lizard and the GCO crew did not let him down.

Well Matt didn't stop with just an alligator; he made sure he got in on some hog hunting action as well!  Pictured below is Matt with RT and his catch dog, Vice.  The dog even posed for the picture!

This look says it all!  He's proud of his massive boar hog and so are we.  We had such a great time hunting with Matt and we look forward to hunting with him in the spring while he gets the opportunity to kill an Osceola turkey!  Until next time... dream of God's Country!